Scott, a sports anchor for ESPN for a number of years, passed yesterday after a long battle with cancer.

No, I didn’t know Scott. It felt like it sometimes, seeing him on Sportscenter with his very personable style. Sometimes it felt like I did.

I might not have known Scott, but his life, and his fight with cancer, touched me. And judging by the comments on social media, a lot of people felt the same way. There has been an outpouring of support and condolences for Scott – more than I have normally seen for a journalist.

Scott connected with a lot of people with his comments during the 2014 ESPY awards when he said “When you die, it does not mean that you lose to cancer. You beat cancer by how you live, why you live, and in the manner in which you live.”

Inspirational words for sure.

And it reminded me of my late wife, Tracie, and how she handled living with cancer.

It was never easy, but she handled it with a level of grace and strength and fortitude that I can only imagine because  saw it first hand. But I’m not sure I could duplicate it.

In the early stages, you wouldn’t have known she had cancer – she lived her normal life as much as possible.

But even when she was struggling mightily, she still tried to live her life. To hold on to who she was. 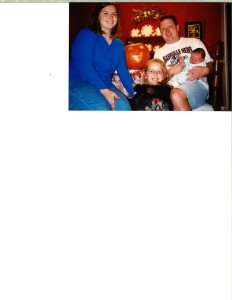 I remember one morning . . . she was weak and had been very sick. But she was up, feeling a little stronger that day, and scared us all by wanting to drive the 30 minutes to work that day.

But it wasn’t the work that defined Tracie, or Scott. It was the unwillingness to give up who they were, and their work was part of what defined them.

There are always a lot of positive affirmations on how to live life, “live like there’s no tomorrow” etc.

Embrace today. Embrace your family and loved ones. And embrace yourself and who you are.

And if you need a role model on how to do it, Tracie and Stuart Scott are both good ones to follow.

2 comments for ““You beat cancer by how you live””