Are you kidding me?

That was my reaction when I saw the first promo for the upcoming release of Mocking Jay, which is the final book of the Hunger Games trilogy.

If somehow you’ve been fortunate enough to shelter yourself from this series (and I’d really like to know how you did it), I’ll briefly fill you in.

This is a young adult series set in the future of the U.S. Only there are no longer states; instead there are districts. And each year in each district, the young folk have to draw. The male and female in each district who draws the unlucky number, has to go into the “arena” where everybody tries to kill everybody else until there’s only one young folk left.

I read the first book, and thought it was ok. Then I read the second in the series, and kind of skimmed through it, and finally got through the end. Then I got the third book, read the first page, and then resorted to asking my girlfriend at the time how it ended.

Now, to see that they’ve divided this last lousy book into TWO movies . . .

I understand how all this started with Lord of the Rings, but that really did need three movies – just like it needed three books.

But then the Harry Potter series broke its final book into two movies. That was followed by the Twilight series. Then we were left with The Hobbit as THREE movies.

I mean, really. Come on. I understand all about making money and all. I mean, I work in marketing and all, but even I wouldn’t do this. First of all, there’s no substance to work with. It would be like trying to re-create Michelangelo’s David using just one can of dried out Playdough.

What we really need is to send someone out to explain this to the folks who make these movies. “Hey Hollywood! I don’t know if you know this, but, ummmm, the Hunger Games is a KID’S BOOK. Oh, excuse me, young adult book.”

It would be like turning Goodnight Moon into two movies. Although that does a disservice to that children’s classic, because it has a much deeper plot than Hunger Games. 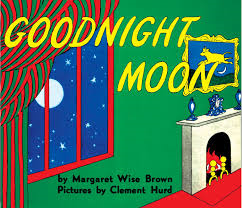 This kids classic would be a much better candidate for two movies than the tedious Hunger Games.

I saw the first Hunger Games movie and it had all of the substance of a bad Hanes men’s underwear commercial.

Secondly, you just can’t do this to your fans. Now I understand that even though I don’t like this, there are people who actually do look forward to this. For about a year now, they’ve been looking forward to seeing what they thought was going to be the FINAL movie in the series. You can see how a fan might have thought this was going to be the final movie and all since THIS WAS THE FINAL BOOK IN THE SERIES!

And to make fans of this series just sit through this total Money Grab of a movie should be illegal.

And that’s what it is – a Money Grab, pure and simple. And you should be ashamed of yourself for dropping this movie on fans.

Better yet, the people who made this movie should be forced to watch it, and pay FULL TICKET PRICE, too. And pay double for the popcorn!

← Why can’t they schedule these dang lunar eclipses during the day?!
Happy Birthday to . . . Me!!! →