This morning my son was about to compete in the school-wide spelling bee, and let me tell you, the nerves were in the air. There was shaky hands, sweaty palms, and it was hard to eat.

And that was just me.

My son, on the other hand, seemed immune to the tension in the air. He ate a big breakfast, ran up and down the hallway like he always does, did his morning chores, and got ready for school. 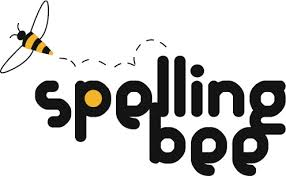 I wish I could have been as calm.

My daughter and I went to watch the event at 9. She had actually competed in the same spelling bee back when she was in fourth grade, too. And I think she was more nervous than I was.

The kids each went through with a practice word, and then the competition began. I should mention that I’m not the best speller to ever come down the pike. I can spot a misspelled word if I’m reading over something. But to actually spell it . . . well, let’s just say the best word I ever spelled at Scrabble was “varios.” Sadly, I had the “u” in my hand, but somehow left it out. For me, breaking into triple digits in Scrabble is almost as remarkable as topping a score of 100 in bowling – a rare event, kind of like an eclipse.

Anyway, the words ranged from level, like “north,” “icon,” and “morning,” to such common words as “cephalopod,” “scintillation,” and “mugwump,” which my son spelled correctly, even after I thought he had missed it.

Which brings me to the my question: how are parents able to sit back and watch their child compete in an event without feeling like the fate of the world is somehow in the balance? I think the worst would have to be the parent of a place kicker in football. I can’t imagine how those parents can sit and watch as their sons are either about to be the hero and loved by thousands, or about to be hated and called vile names on radio call-in shows. Anyway, if my son plays football, he’s going to have to a lineman or maybe a waterboy – otherwise, I don’t think I’ll be able to watch.

However, as our event progressed this morning, I could see my son becoming more and more nervous. And it’s hard not to feel the pain when you know your child is struggling with nerves and, as each round progressed, harder and harder words.

I thought he did pretty well – better than I could have today, much less at his age. He finished in the top five, but he was disappointed. His goal had been to reach the top three and advance to the county spelling bee.

It was hard to console him afterward. He tends to be a perfectionist, and to know that he came so close to his goal only go fall short, left him in tears.

But I hope it’s an experience he learns from. I hope he learns that next year, or whatever the next event is, that he’ll study just a, little bit harder, prepare just a little bit more.

And also, I’ll hope he gains confidence and finds himself not quite so nervous – or at least not as nervous as his dad.

← If you really want to feel dumb, take a standardized test
Be thankful for small favors – there was never a TENTH plan →