I like to wear shorts. Or it could just be that I hate wearing pants. I’d wear shorts year around if my boss would let me.

My favorite thing to wear when it’s cold is shorts and a sweatshirt. A friend in college called this “Dressing for Hell.” I’m still not sure what that means, but I always thought it sounded good. 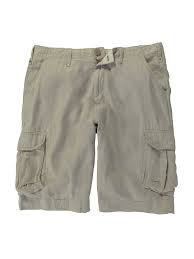 I wear shorts so much, that it’s become kind of a joke for those who know me around the Nashville High School football games – the team I cover on the radio. I begin each year by trying to wear shorts to every game. It’s pretty easy in the first half of the season when it’s not uncommon to see the temperature at the start of a game in the 90s (for the first couple of games) or 70s or 80s (for the next few games). It does, however, get a little trickier as the season goes on. I have made it a whole season before, but not always. Last year, I finally surrendered on the Friday after Thanksgiving when I was broadcasting a game from an open press box in northwest Arkansas.

This used to be harder to make it through the season when I worked for a newspaper and stood on the sidelines for all of the games. Once, on the final game of the season, I was wearing my normal attire of shorts and a Nashville High sweatshirt. The game was on the road in Little Rock. And while I was eating at a Mexican restaurant, I continued to watch in dismay as the temperature dropped into the 30s and the wind was steadily getting stronger.

It was then that I realized the restaurant was right next to a Walmart. I went inside, bought some pants and a big, warm jacket, and never looked back.

Wearing shorts year around has also become a bit of a joke with my kids. They know I’m going to be wearing shorts about 99 percent of the time around the house.

Of course, this can lead to some awkward situations. Like the time last winter when the heat was out in our house and we weren’t going to be able to get it back on. I stubbornly continued to wear my shorts around the house, which led to this great exchange between me and my daughter:

H: Why don’t you put on some pants?

H: Why don’t you put on something warm, like some pants?

Me: I’m sorry. I don’t understand what you’re talking about.

I probably wouldn’t wear shorts all the time if I didn’t have good legs. Well, they’re good in my mind anyway.

But hey, when you’re already dressed for hell, what’s wrong with telling yourself a little lie . . .