I know I’ve written about Wal-Mart several times in the past, but unless you’re from a small town, it might be hard to understand.

You see, in a small town, wal-mart is like the center of your galaxy. Sure you can try to stay away, but eventually the gravitational pull draws you in. Then once inside, it’s kinda like the Cantina in Star Wars – there’s a wide variety of characters, dressed in strange garb. This is probably why I blend in so well while walking the aisles. 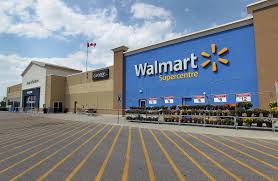 But just the other day I was faced with someone who had hoped to break one of the Laws of Wal-Mart that is physically impossible to break.

I was coming out of the store recently, meandering my way through the parking lot, when I heard someone call my name. It was hard for me to see who it was because Wal-Mart positioned the sun so that it would be shining right as you walk out of the store, blinding patrons and, in some instances, forcing them back inside where they can buy even MORE STUFF.

So there we were, in the parking lot, having a normal conversation and all, when she revealed her intentions . . .

“I’m only going to buy one thing.”

I tried to stifle a laugh, but it was impossible.

She assured me that she could. But I just shook my head. “There’s no way. Wal-Mart is deigned so that you’re forced to spend at least 10 times what you intended to spend. And they have very sneaky, clever ways to ensure that.

First, I’m not sure if you’ve noticed, but they move stuff around ALL the time. The oatmeal that used to be next to the cereal? Nope, not there any more; it’s been moved next to the motor oil or the shampoo or even the condoms. “Yes, I’d love a cup of sex to go with my Cocoa Puffs.”

Another tactic is they allow inventory to run short. That way, when you go to buy the SAME cereal that you’ve been buying for the last 20 years, you’re forced to look around for a DIFFERENT KIND. And you’re not really sure if you’re kids will like it, so you pick up two or three flavors just in hopes that one won’t sit on the shelf of your pantry until even the bugs won’t eat it anymore.

And the most dastardly thing of all that they do? That’s easy – they put chocolate next to the checkout. No, that’s not so you’ll make an impulse buy. They put the chocolate there for survival – because after you’ve been through the stress of shopping at Wal-Mart, you deserve AT LEAST some chocolate.

So, we made a bet: bloody mary’s if I won, and some-as-yet-to-be-determined-flavor of daiquiris if she won. It was kind of one of those no-lose situations (or what the inspirational writers call a win-win. Usually the closest I come to that is being forced to choose between either chocolate covered raisins or just plain chocolate.)

We finally parted ways – me to a happier, calmer place; and her to an impossible task.

I had hardly put he groceries away when I received a text: “You win!” She had bought not just one extra item, but about 21 extra things.

But I wasn’t surprised. No one can break the universal laws of Wal-Mart – it’s a natural law of life, just as certain as the law of gravity and the law that says your kids can only throw up between 2:06 a.m. and 2:09 a.m.

Did I feel bad? A little, but I’m already looking forward to enjoying my winnings.

← I don’t look good in a dress
Am I doing this motherhood thing right? →

2 comments for “The Wal-Mart bet”