When it comes to sick kids, there are basically three types of parents. First, there are the parents you see in a typical comedy at the theater: parents teetering on falling into chaos as panic sets in.

Then there’s the more normal parents. The ones who calmly assess the situation, show a balance of concern, and schedule a doctor’s appointment if necessary.

And then there’s me.

You gotta be pretty sick around these parts to earn a day off from school. I’m not saying you’ve got to be falling-out-of-a-death-march sick. Or even as sick as some for the guy yelling “Bring out your dead.” 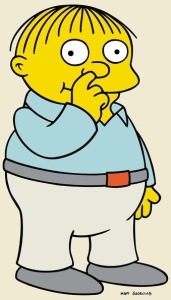 When my daughter had pneumonia? Well, I wasn’t convinced she was even sick.

And when she broke her arm? Eh, it doesn’t look that bad.

So it was just a little short of front page news when I had my son at the doctor. What pushed me into seeking medical assistance short of a free-flowing artery or my son’s arm hanging on his body by a thread? Well, I like to think I’m objective as I examine the symptoms.

First, my son said he had a pain in his side. Ok, that could be something as simple as gas, or the Matchbox car he had eaten just the day before. Second, there was a fever, but it wasn’t much above 103.  But when the alien burst through his chest . . .

Ok, so that last part didn’t happen. (But if it had, I swear I would have taken him straight to the doctor. Well, unless I hadn’t eaten lunch yet.)

So it was off to the doctor’s office.

And it’s often there that you hear (and sometimes have to confess) the HONEST TRUTH. Which is exactly what happened.

As we went through the standard questions (some of which I even knew the answers to) the doctor asked, “Have you had anything to eat this morning.”

Wow, if only tests in college had been this easy. “No, he hasn’t,” I said with some authority. Ahhhhhh, such a good parent, monitoring every calorie my kids consumed.

Yep, things were going smoothly and I was feeling pretty good. Until I heard . . .

I looked at my son. “What,” I asked? Maybe he had eaten something.

More mumbling from my son. I still couldn’t quite make it out.

So I leaned down REAL close and asked him again what he had said. This time I got the answer in a whisper.

“I ate some boogers this morning.”

I patted my son on the head and turned to the doctor, who, thankfully, hadn’t heard. “Nope. He hasn’t eaten anything.”

As expected the booger intake hadn’t had an effect on his health. Or his diagnosis.

As we left the office, I swore that it would take a lot more than a mere alien chest explosion before any child of mine would see a doctor again.