I’m not sure how it happens, but the other day I found myself in another rather (how can I put this nicely?) interesting conversation with my son.

I’m not sure how we fall into these, but these talks always seem to be lurking around the corner, just looking for a chance to jump into our very normal, everyday conversations.

“It’s about time to start getting ready for bed,” I said.

“Awwwww. Can’t we stay up a little longer,” my son pleaded.

Would you sleep better if THIS KID was in charge?

It’s a common ploy, but I was ready for it with a boring, but stock response. “Nope. Let’s go.”

“Why do we have to go to bed right now?”

“Because I said.” Another stock response on my part. But this time my son was ready.

“It wouldn’t be like this if kids were in charge,” he said.

“How do you mean,” I asked, a bit intrigued but scared to show it.

“If kids were in charge, the parents would have to go to bed early, and the kids would stay up until 2 every morning.”

“I thought that’s how it already was,” I quipped. I started to go with “You have to wait until you get to college for that” but I was afraid it would motivate him to skip some grades.

My son was not to be deterred. “The world would be a lot different if kids were in charge.”

Well, I think that’s a given. 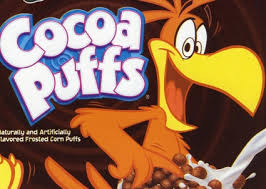 If he was our national bird, Sonny wouldn’t be quite as majestic as an eagle, but he WOULD provide a tasty breakfast.

Then I started to think about all of the possible changes that we would see.

Hey, you know, this kids in charge doesn’t sound half bad. I might not mind giving it a try.

“And, dad,” my son added, “if kids were in charge, we’d get rid of a lot of the bad stuff. There wouldn’t be smoking. And we wouldn’t have beer and alcohol any more.”