It’s an afternoon I’ll never forget . . . because it’s still so hard to believe.

It was a sunny, fall afternoon in either September or early October. I can’t remember now which it was. But the details are still as fresh as yesterday.

I was sitting at the dining room table with my wife, and we were talking with the pastor and music director of our church. Sounds normal enough, right? 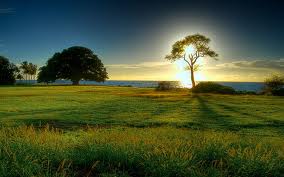 But my wife was discussing her funeral arrangements and exactly what she wanted during the service. And she was discussing it as casually as she might have a grocery list.

I remember sitting there thinking, “Is this really happening? This has got to be a dream.” I’m sure I felt that way because I had believed for so long that she would recover, that she would get better. But that’s not what happened.

Instead, here we were discussing the funeral. My wife picked out the songs she wanted to be played. She asked that the kids in the choir from the high school where she taught be the choir at her service. (It turned out to be a great gesture, and the kids really appreciated it. They did a great job at the service, and were appreciative of being asked to be a part of the service. But that was Tracie – she always kept the kids in her classes and school in such high regard.)

She talked about experiences that were important to her, and bible verses that were relevant to her. Verses that could be used during her service. The pastor asked her questions about things that had happened to her. Asked her about what she would like at her service.

But at the time, when we were sitting there, it was hard to believe. It was all so hard to comprehend. Hard to believe it was actually happening. It was, without a doubt, the most surreal experience I’d ever had.

The whole meeting was so calm, and yet there was an undercurrent of seriousness. Of respect. There were a few laughs. But there was also a solemn mood that was just below the surface of the discussion.

And the whole time, my wife was calm, accepting.

The service wasn’t long after that discussion on that unreal fall afternoon. And it was as nice as a funeral service can be. It was exactly the way Tracie had envisioned it.

The whole experience is still hard for me to believe. Hard to believe we ever sat there having that discussion. I just hope that if I’m ever in that situation, I can display the same type of grace and acceptance that my wife showed.

5 comments for “My wife displays grace, while I try to comprehend”