I think we can agree that it’s always nice to receive a compliment. It picks us up and makes our day a little brighter.

What’s the best compliment I ever received? Well, I’m not sure. But I do know the most interesting compliment I’ve ever heard. And I’ve actually been told this twice. 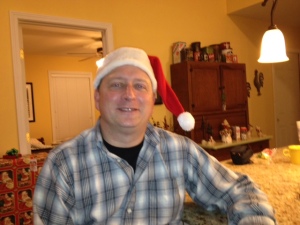 Is this the face of the Most Normal Person you’ve ever met? Gosh, I sure hope not.

Two entirely different times, years apart, by two people with no connection told me the Exact. Same. Thing. And that compliment was . . .

“You’re the most normal person I’ve ever met.”

First of all, I have no idea what that even means.

Second of all, do you have any idea what’s going on upstairs between my ears? If you could see the inner workings of my mind (and I use the term loosely), I promise you would not say that. In fact, you would probably say exactly the opposite of that.

I’m the person who wants to breakout the cinnamon rolls any and every time someone throws up.

I’m the person who not only watches, but actually seeks out the worst movies I can find.

I’m a person who has trouble understanding how a person who takes a pet who has died after 10 or 15 years and buries it, yet that same person will go out, kill an animal it has never laid eyes on before, and stuff that one to look at for all eternity. Shouldn’t it be the other way around? Shouldn’t you want to keep the animal you’ve known for years, not the one you just ran across? This is why I don’t hunt and barely own a pet . . .

So the scary thing to me is, if I’m the most normal person you’ve met, I would really not want to hang around your friends. I can’t be a pretty sight.

So what’s the best compliment you’ve ever received? I’m sure it’s better than mine.

3 comments for “THIS was the best compliment I ever received?”